You are here: Home / Technology / What is Agile?

Agile is relatively new on the educational scene. If you as an educator are not familiar, you are in the majority. Its origins are in the software industry, where it was needed, according to Steve Peha (listen to his podcast on Future Learning Design), to handle the large and expensive projects developers were working on in order to avoid wasting a lot of money.

References to agile as a set of principles and practices in education began showing up in the literature around 2005, mostly in courses and disciplines related to computer programming. This makes sense, of course, since agile was making a name for itself within that particular domain.

It didn’t take long, however, for agile to spread further, with early references and calls for its application in schools. (See Steve Peha again, this time in a 2011 Youtube video filmed at Yahoo.) Peha, speaking at the time ten years after the adoption of the failed US federal education law called NCLB, makes the point that it might be technology, not centralized testing programs, that save education … just not the way we might think.

Don’t wait for the next best app or technological fix for education, Peha was suggesting, but do consider learning more about how tech companies are working. In other words, learn about agile. In 2021, that might mean learning more about the way the folks at Google, Apple, Microsoft, and Tesla are working. Jeff Sutherland, speaking at a Boston University (BU) Agile Innovation Lab conference last fall (BU is one of the ECIS partners guiding ARC), put it like this: Companies that don’t work agilely aren’t going to be able to compete, period. Might it be the same for schools? Sutherland, by the way, knows a thing or two about agility. He co-created Scrum, one of agility’s best-known formulations.

Lots of folks in education do think we need agility – or agile values and an agile mindset – in school. Beginning with John Miller around the time Peha spoke to the folks at Yahoo and continuing with Willy Wijnands and others, the agile mindset as a guide for education has gotten more and more attention. Wijnands, for example, adapted Sutherland’s Scrum for his high school chemistry class. Less than ten years later, eduScrum has organizations in over 30 countries, with a host of trainers and workshops and model projects in schools.

Those who have already adopted elements of agile in the classroom are not surprised by its growth at all. Any system and manner of thinking that is about increasing student agency, sharing the management of learning, focusing on short iterations, and delivering frequent low stakes feedback is welcome in our schools. In fact, as I’ve met and interviewed people working with agile, it’s common to hear of its transformative power. People who have adopted agile approaches report that their personal lives changed and their way of thinking about work and colleagues changed. This quote, paraphrased, comes up so often it cannot be a fluke: “After adopting an agile mindset, I could never go back to working how I used to.”

But there are still far more anecdotes of success using agile in education than there is research. ARC would like to address this lack. The co-founding organizations of ARC hope to organize existing research and contribute their own as we learn more about agile and how it works as a mindset for educators and students. We would like to know if agile stands a chance of offering a significant and sustainable contribution to school reform.

We hope the website raises interest in agility for those of you new to it and that it is useful to current agile practitioners who are continuing to “inspect and adapt,” as agilists say, as they find their way forward. Everyone is invited to contribute resources and research; see the link on the site: www.arc-for-schools.org.

Want to find more stories of agile in the classroom? Read Spotlight, a publication of Leysin American School, and visit Agile in the Alps, Blueprint Education, EDgility, and the resources mentioned in the text.

Paul Magnuson is a founding member of ARC. He and colleague James Costain will be presenting at the April ECIS Leadership Conference on pulling agile into education.

What do you think about the points raised in this article? We’d love to hear your feedback. 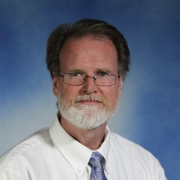 Paul Magnuson is the director of Educational Research at Leysin American School and adjunct faculty for the International Education Program of Endicott College. His interests include student agency and self-regulated learning for students and teachers.
pmagnuson@las.ch

Leading with Courage in Education