You are here: Home / Mentoring / The Value of Recognising Untapped Potential

The Value of Recognising Untapped Potential

Would you hire a shy 22-year-old Middle Eastern American woman over a confident, well-spoken candidate? The young woman comes across as timid, and she is clumsy in her communication skills because English is her second language, but she has worked tirelessly on her education while balancing an internship and family demands. She is well-qualified but does not yet know how to highlight her achievements. Alternatively, the other candidate is articulate, eloquently expresses their qualifications, comes from a background similar to you, and seems to require less training and mentoring.

Hidden beneath the surface of the young woman is a burning desire to grow. She just graduated with a bachelor’s degree in economics and became the first formally educated woman in her family, despite the heavy cultural barriers and expectations set by her parents and her husband. She was determined to carve her own path and pursue a professional career.

She applied for jobs daily but could not get beyond the first interview. One day, however, she had a different experience. She was invited to an interview with Matt, a bank manager. Throughout the hour-long interview, he kept observing her carefully, and as she answered his questions, her voice shook with fear and nervousness. But it seemed like Matt was listening beyond the words she was saying and detected something more, despite her wavering voice. At the end of the interview, he spoke with an energetic smile: “Everyone has to start somewhere, and I want to give you a chance.” Later that day, he called her with a job offer for an entry-level teller role paying $8 an hour. She was in tears knowing that this job was not just about career growth, but about having the chance to find herself and develop personally and professionally.

Working at the bank did require a lot of daily mentoring from Matt. He needed to provide guidance on even the simplest things. For example, in her small community, women were not supposed to smile in public and had to always act seriously; otherwise, their behavior would be judged and considered inappropriate. Initially, she came to work with a serious look, serving her clients with what was almost a frown. Who would want to work with a teller frowning at them as she is processing their bank transaction? Matt put sticky notes with happy faces all over her teller station to remind her to smile. Some days, he even stood at the end of the line and made funny faces so she would relax and put aside the serious expression.

Matt went beyond providing direction and managing his team. He created an inclusive work culture that allowed all employees, regardless of their backgrounds, to feel a sense of belonging. Because of this, the shy, easily intimidated young woman felt safe and developed into a confident professional, whose talents were noticed and who continued to advance. Upon the first impression, it was easy for her to be put into a box and assigned a label, but instead, she was able to thrive and grow beyond who she initially was.

Four years later, she continued to develop her skills, and her English improved because she was using it every day as she worked with her clients. Smiling became natural to her, and she loved it. She continued to excel, and before long, she was generating the most daily credit card enrollments as part of her first sales role. Her success at the bank gave her the confidence to accept an offer at a financial advising firm, leave an unhealthy and oppressive marriage, and complete her master’s degree in business. Her confidence grew and her talents were now easily recognized and no longer buried underneath insecurity. After another four years, a Fortune 20 company selected her for a global leadership role. This all led to her eventually starting her own company, and now she is empowering leaders globally and teaching executives about elevating their employee engagement through diversity, equity, and inclusion.

As I type this story, I feel a sense of pride. I am this Middle Eastern woman and this journey was my own. It took 24 years to get where I am today. It all started when I had my interview with Matt – the day he looked beyond the surface and truly saw the determination and drive within me. I can’t imagine how my life would have turned out if he had not given me a chance that day. His inclusive leadership style not only made a difference in my life, but I, too, was able to bring value to the bank, and I was not alone. Matt was committed to creating a culture of belonging, and he built a powerful team, resulting in the branch ranking number one for customer service for many years. Imagine the missed opportunities for all if Matt had not made the effort to look deeper and recognize his team’s hidden talents.

Matt was intentional in the hiring process. He hired diverse candidates and did not judge them by their looks or even their fears and insecurities. Instead, he looked for potential and focused on investing time in his team and developing each team member. His approach to management was the same; he cast aside biases and created room for everyone to grow and develop their skills. In return, his employees did everything in their power to serve their customers with a genuine smile.

While the team eventually left the bank for other opportunities, including Matt himself, the impact he had on our lives made a positive mark on each of us and started a ripple effect on how we hire, motivate, and create inclusive cultures for our own teams today. Being a good leader is more than overseeing day-to-day business functions. It is identifying talents beyond the surface, building an inclusive team, and creating an environment where employees can continually develop and thrive. 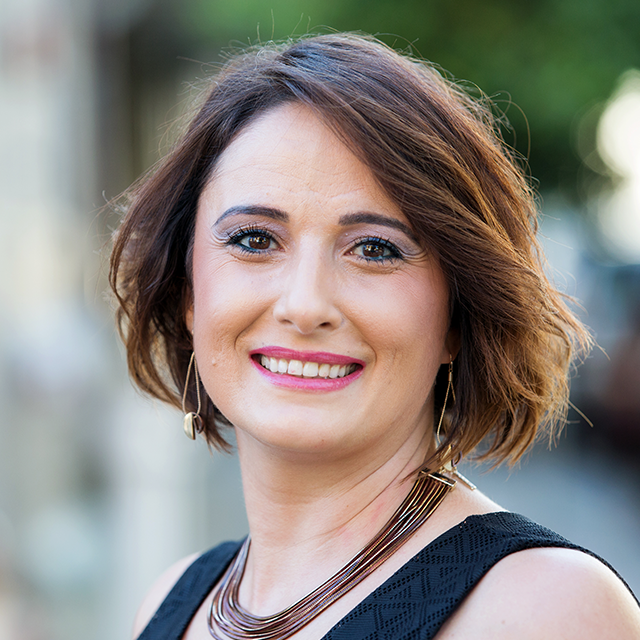 Dima is a keynote speaker and leadership coach, helping women and men globally advance their careers and expand their potential. Dima connects with her audience by sharing inspiring, emotion-filled stories and deep, relatable messages that draw from her global leadership experience. She motivates audience members to dare to thrive personally and professionally by taking courageous, life-changing actions unburdened by fear. Dima empowers each individual to break free of their limitations and grow in leadership. Learn more: www.dimaghawi.com

Perseverance and Resilience: How to land on Earth in the Covid19 era
Scroll to top