After attending the Way of Champions Coaching Conference in Denver, CO in the summer of 2019, The swim coach, Cori Lee, at The American International School of Muscat, Oman decided to implement a strategy she learned about Core Values with her swim team.

While at the conference, Jerry Lynch spoke for several sessions about the importance of identifying team core values to help intentionally develop character on sports teams.  He gave the coaches an opportunity to reflect on 20 core values he thinks are important.  Each coach whittled that list down to 10 after the first day.  Then in the next session, coaches spent time choosing the four most important values to them as it relates to the role of a coach and leader of a group of student athletes.  Lynch then gave a framework of how to implement this with their teams and get their athletes’ input on what was important to them.  Here is our swim team’s story. 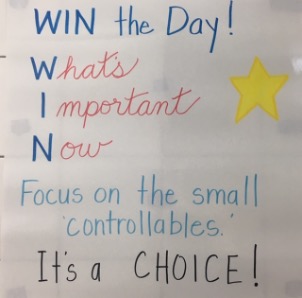 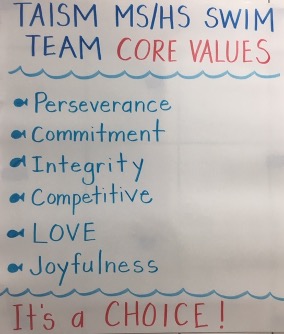 At the first team meeting of the season, Coach Cori Lee introduced the 10 core values she thinks were important for her team’s success this year.  Then in age group divisions, they spent 20 minutes deciding which one of the values most resonated with them.  The dialogue was intriguing because each group had to come to a consensus on just one core value to share with the rest of the team.  It was also interesting to see what different age groups valued most.  Though most groups had overlapping core values on their top three lists,  none of the age groups had the same core value as their top choice. When this was all said and done, Coach Lee combined the team’s values with her own to land on six core values the team would focus on this season.

At daily swim practices, Coach Lee wove each of these values into her talks and conversations with the team.  Each week one core value was chosen as a focus for the team. At the beginning of the week, Coach Lee would lead a brief dialogue around how the value applies individually, as a team and specifically to swimming. Later in the week, the HS swimmers shared a quote they selected that connects with that week’s value and how they live the core value as a swimmer. Team captains led the way and also shared personal stories from their own training to illustrate the value and importance of living the team’s values.

Coach Lee also created posters to hang on the pool deck and locker rooms throughout the season.  Core values were also embedded into each of her email communications highlighting specific examples of ways the team was living out their core values. 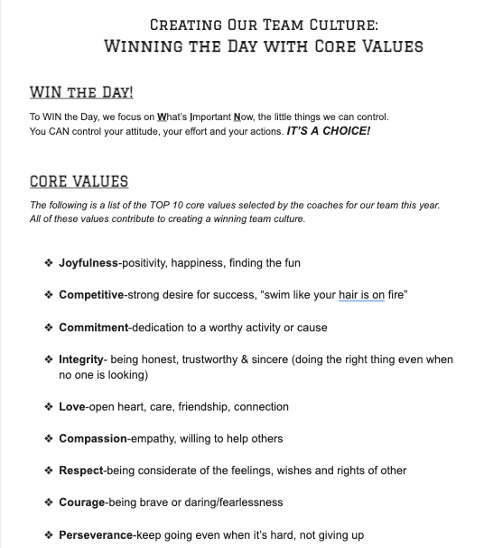 One striking example came from a long time member of the team (and captain) who thought the idea of a Love Box would help the team to create strong bonds between them.  She made a simple box where swimmers could drop a note into about a fellow teammate.  Each week the kids would open the box and team captains would share aloud or deliver the messages.  Imagine the feelings of the students when a positive and caring message was read about them.  Think about the impact on those swimmers who wrote the notes, knowing they made someone else on their team feel special.

Coach Lee was able to use these core values when having a conversation with a group of swimmers who were having some social distractions on the team. They were able to revisit the values each of them agreed to and compare that with the behaviours they were exhibiting in the middle of the season. This was a very powerful tool to help them talk through and make changes to their behaviours and improve the relationships between them.

During the end of season SAISA swim meet held at The Lincoln School, Kathmandu, Nepal, Coach Lee displayed the Core Values in all of the team areas as well as on spirit bag tags for each swimmer.  This helped the athletes to focus on things they could control throughout the swim meet and work to do their best at each event.  Through the hard work of the swimmers and coaches, the team was honoured to take the first place team trophy and many members swam personal bests at the meet.

Here are a few responses from the swimmers when asked about their team’s core values.

How did the core values shape you as a teammate?

How did the core values play a role in your swim training and your performance levels at the SAISA meet?

What will you remember most about the work you did with your swim team core values that year? 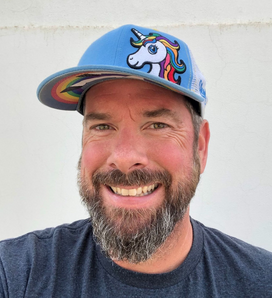 Luther Rauk is currently a Middle School PE Teacher and coach at The American International School of Muscat, Oman.  Originally from Minnesota, USA, Luther has also lived and taught in Thailand and Bahrain.  Luther spent four years as the Athletic Director at TAISM where he developed a passion for learning how best to help coaches do their important work with kids.  A desire to make real connections with students again led him to return to the PE classroom in 2018.  To connect with Luther please follow him on Facebook, twitter@lutherrauk or email him at raukl@taism.com.

Differences That Make A Difference: Stories & Strategies To Inspire Women...

Because these cookies are strictly necessary to deliver the website, refusing them will have impact how our site functions. You always can block or delete cookies by changing your browser settings and force blocking all cookies on this website. But this will always prompt you to accept/refuse cookies when revisiting our site.

We fully respect if you want to refuse cookies but to avoid asking you again and again kindly allow us to store a cookie for that. You are free to opt out any time or opt in for other cookies to get a better experience. If you refuse cookies we will remove all set cookies in our domain.

We provide you with a list of stored cookies on your computer in our domain so you can check what we stored. Due to security reasons we are not able to show or modify cookies from other domains. You can check these in your browser security settings.

These cookies collect information that is used either in aggregate form to help us understand how our website is being used or how effective our marketing campaigns are, or to help us customize our website and application for you in order to enhance your experience.

If you do not want that we track your visit to our site you can disable tracking in your browser here:

We also use different external services like Google Webfonts, Google Maps, and external Video providers. Since these providers may collect personal data like your IP address we allow you to block them here. Please be aware that this might heavily reduce the functionality and appearance of our site. Changes will take effect once you reload the page.

The following cookies are also needed - You can choose if you want to allow them: