You are here: Home / Learning / Museums and Teachers

The recent appointment of Dr Douglas Gurr as Director of the Natural History Museum in London caught the attention of some news channels because of his unusual background. A senior executive at Amazon UK (he was President of Amazon China from 2014 to 2016) he worked as a partner at consultancy firm McKinsey, was Board Director at Asda-Walmart and the founder and CEO of internet start-up Blueheath. However stick-in-the-mud or rigid his colleagues may have been, I can’t imagine he had many dealings with fossils or stuffed Dodos in any of those jobs. His previous roles include teaching mathematics and computing at the University of Aarhus in Denmark and he has two degrees in Mathematics from the University of Cambridge, and a PhD in Computing from the University of Edinburgh. None of which seems to point to him being the kind of person any museum would regard as a key leader. In all fairness, he was Chair of the Board of the Science Museum from 2010 to 2014 too, but his appointment made me sit up and pay attention because of something I’ve written about before.

In my most recent book, I argued that English teaching is now dramatically out of synch with the real world of English usage, a world dominated by technology. As one of Eton’s own English teachers recently discovered, when one of his online lectures resulted in his dismissal; almost everything you do with English these days is mediated by the technology you use to do it. So I can completely see why The Natural History Museum might want someone with a strong technology background at the helm. But I wonder if anyone there, or indeed in the wider cultural heritage sector, has really thought through the umbilical link between the astonishing wealth of material they own and maintain on behalf of the nation, and education.

Over decades, my work has involved partnering on several projects with a number of leading museums, galleries and archives. I discovered that if you are tasked with implementing a new educational project reliant on technology, one thing you can guarantee is an interest from museums, galleries and other collections. Many of these organisations have annual targets to meet that involve schools and visits. They are all incentivised to get teachers and children through their doors. One major museum I worked with had a laboratory teaching space, sponsored by a famous global brand, which most schools would die for. It was empty most of the time. In fact, so concerned were they about how difficult it was to get schools through their doors, they had funded a white van and a man whose job was to go out to schools. A wise investment because most of his trips resulted in a return visit by the school, to the museum.

A member of the British Museum staff told me she found it exasperating that school visits were so tightly determined by the curriculum that their Egyptian galleries were crowded for example, while the rest of that vast museum, remained largely untrodden by tiny feet. It’s a depressing truth, but schools do not benefit as much from the immense treasures and resources owned by the cultural and heritage sector, as they should.

The Victorians who actually built the Natural History Museum and most of our great galleries and archives knew something of immense educational significance we’re at risk of forgetting. They grasped the educational value of a physical artefact. They knew that contemplating a fossil, an illuminated manuscript or even a stuffed Dodo was fundamentally an educational experience because, at the very least, it added to one’s knowledge. Their desire to collect and catalogue was extraordinary and, as any curator will tell you, what’s on display today is a minute fraction of what we possess. The material stored up in the sector is educationally priceless.

If you’re a teacher, think for a moment about the way you might put a lesson together. I know from my own experience that many of the best lessons I taught were so often simply a matter of choice. Innumerable lessons were constructed around a single or series of educational assets, which, because I was an English teacher, often meant texts or extracts from larger texts. Choose something dull and you only have yourself to blame. But English teaching also offers you enormous scope to use assets that enhance the texts and, to resort to what I hope is a forgivable cliché; bring them to life. Images of authors, places, scenes and facsimiles of original documents, all have tremendous power in the English classroom. Imagine you are teaching a tiny little poem like Tennyson’s The Eagle, for example, six of the most compact lines of verse in the English language.

He clasps the crag with crooked hands;

Close to the sun in lonely lands,

Ring’d with the azure world, he stands.

The wrinkled sea beneath him crawls;

He watches from his mountain walls,

Now imagine how much educational value is added by looking at an image of an Eagle, viewing a video clip, or simply an ornithological illustration; especially in an urban school. These asset choices are so often the key to good lessons because what matters, is the relationship you have with them. You choose them because they captivate or appeal to you. That’s what it means to own the lesson. Any teacher who has ever tried teaching someone else’s lesson will understand this immediately. I’ve no doubt the same basic principle about choice of asset is just as true of music, science or history, as it is of English teachers.

If I’m right, then there is indeed an umbilical connection between teaching and the entire cultural and heritage sector. Archives, galleries, museums are in essence, repositories of knowledge. If you think about conventional textbooks in a whole range of subjects, isn’t this partly what they do? The best textbooks are full of reproductions of these assets, often objects held in our most famous collections. Even science textbooks find invaluable material in these knowledge repositories. A slight sketch or illustration by Darwin is just as valuable as a Shakespeare Folio.

Many institutions have already digitised their collections and made them far more accessible and I’m sure the appointment of Dr Gurr by the Natural History Museum was partly in the hope that he might advance the technology cause even further. But I have a much more radical suggestion.

Why do we not actually educate our secondary school teachers in our great cultural institutions? Why not relocate the secondary teacher training industry, which is already under considerable scrutiny by government (in England at least) to the places where knowledge is stored?

Consider the message that would convey about the teaching profession to the wider population. Instead of being taught generic pedagogy and remote theory at a university, and then finding you have to completely relearn the job in real schools, as so many NQTs in recent years have claimed was their experience; teachers could be linked from the outset to prestigious institutions and organisations that own the educational assets which will form the centre of so many of their lessons to come.

We have become used to complaints from the museum and galleries sector about the shortage of funds. Would it really be impossible to transfer money and responsibility for teacher training to them, especially given that so much digitisation has already taken place and their assets are more easily located and shared than ever? The university sector is already bloated and being criticised widely for developing a wide range of courses the real world simply doesn’t value.

For far too long, schools have been unwitting victims of technology change, not beneficiaries. The history of technology in education has largely been one big con, repurposing tools designed entirely for business and pretending they have education value. It would be easy to compile a long list of tools and applications here that begins with Powerpoint. If appointing a technologist to lead The Natural History Museum is going to replay the same old con trick yet again, I’m definitely not interested. But if it’s going to make the treasures it holds in trust for all of us, more available and powerful, I’m all for it. Maybe the best way is for them all – to start training teachers. 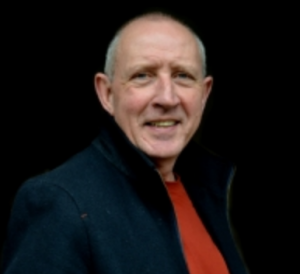 Joe Nutt is the author of several books about the poetry of Donne, Milton and Shakespeare and a collection of essays, The Point of Poetry. His most recent book, Teaching English for the Real World was published in May by John Catt.

He is an international educational consultant who spent almost 20 years teaching, unusually in schools ranging from the highly selective, private sector to challenging, inner-city state schools. The second half of his career has been in business and he has implemented a number of major educational projects including the national intranet for Scotland, Glow, which won the Global Learning Impact Award in 2009. 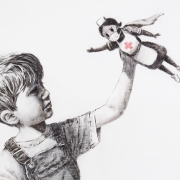 Covid 19: Why the Arts?: Now more than ever
Scroll to top