You are here: Home / Leadership / Culture eats strategy for breakfast

With the benefit of hindsight, moving to lead a new school in the middle of a pandemic may not have been best timing. However, when I did, I was very conscious of the fact that many successful school leaders fail in their second position as a result of repeating the measures that they had introduced in their first schools. The school had led for the seven years prior this had enjoyed enormous success, but I was mindful I needed to adapt my leadership to the context to which I was moving.

I suspect my background in teaching is a very common one. I moved from teacher to through a series of middle and senior leadership positions until I was a deputy head. When I first became a school principal, I focused on what I knew, namely the processes and strategies which I’d seen to be effective. This included focus on teaching and learning, parental engagement strategies, quality assurance procedures as well as assessment routines and so forth. But looking back it is now clear that, whilst these were incredibly successful, to a large extent they were all individual strategies and instruments, rather than holistic approach.

During that first term, with new learning protocols in place and start offering both on site learning and distance learning, the focus became staff wellbeing. Teachers across the world were being asked to teach in a totally new way, using unfamiliar technology, yet being asked to perform at previous levels of success. As a school we recognised that if this was going to be sustainable (and there was significant doubt about this) we needed to ensure staff were properly supported in this new context. Very rapidly, this focus extended to looking at the culture of the school. As well as placing well-being strategies in place we wanted to identify how the school could be led from an holistic perspective.

Over the last 18 months this has become an increasing topic of fascination. There is significant writing on the impact of organisational culture within a school and, whilst there is inevitable disagreement about many aspects of this, that this is a powerful force for school improvement is rarely challenged.

Peter Drucker made the observation that ‘Culture eats strategy for breakfast’. Furthermore, one of the key authors on organizational culture, Edgar Schein wrote ‘the only thing of real importance that leaders need to do is to create and manage culture if you do not manage culture, it manages you.  … The unique talent of leaders is their ability to understand and work with culture; and that it is an act of leadership to destroy culture when it is valid viewed as dysfunctional’ Toby Greany and ‎Peter Earley even went as far as warning: ‘To neglect a considered and structured response to culture is perilous to the point of being foolhardy’. In a school context, with the enormous array of responsibilities within the headteacher’s job description, it would seem something of a challenging statement that their only real responsibility is to manage the culture of the school.

Furthermore, to accept this there needs to be an understanding of what is meant by the term culture. Again, previous authors provide a number of answers. ‘Culture is the values, norms, beliefs and customs that an individual holds in common with members of their group’. Or that ‘Culture is to the organisation what personality is to the individual – a hidden yet unifying theme that provides meaning, direction and mobilization.’ Certainly, one of the challenges of dealing with organisational culture is that it is difficult to precisely measure, but when one considers it in terms of both values and personality, I believe it potential power becomes clearer.

Culture is also recognized to exist in an organisation at various levels. Edward Hall referenced this as a Cultural Iceberg. 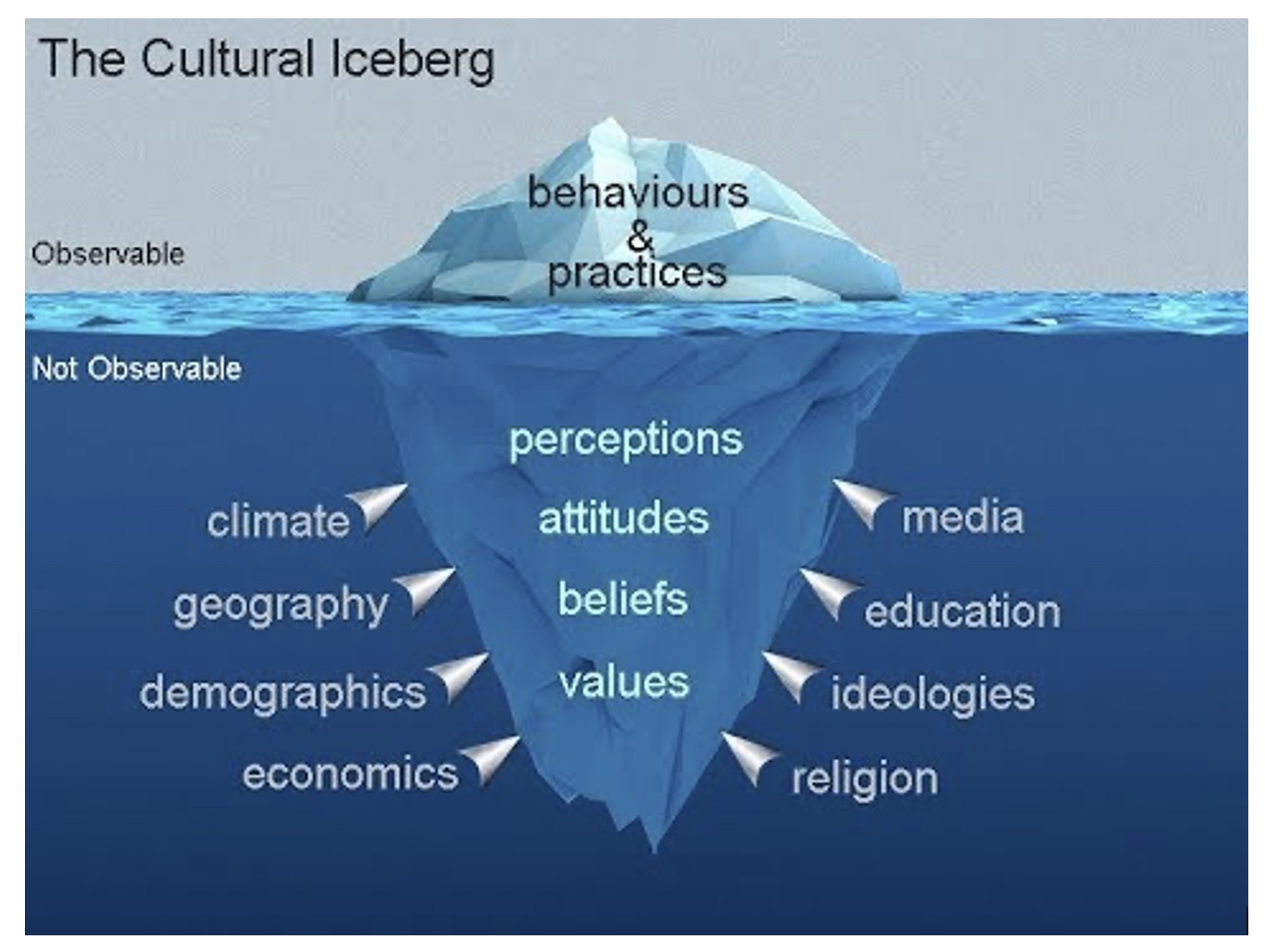 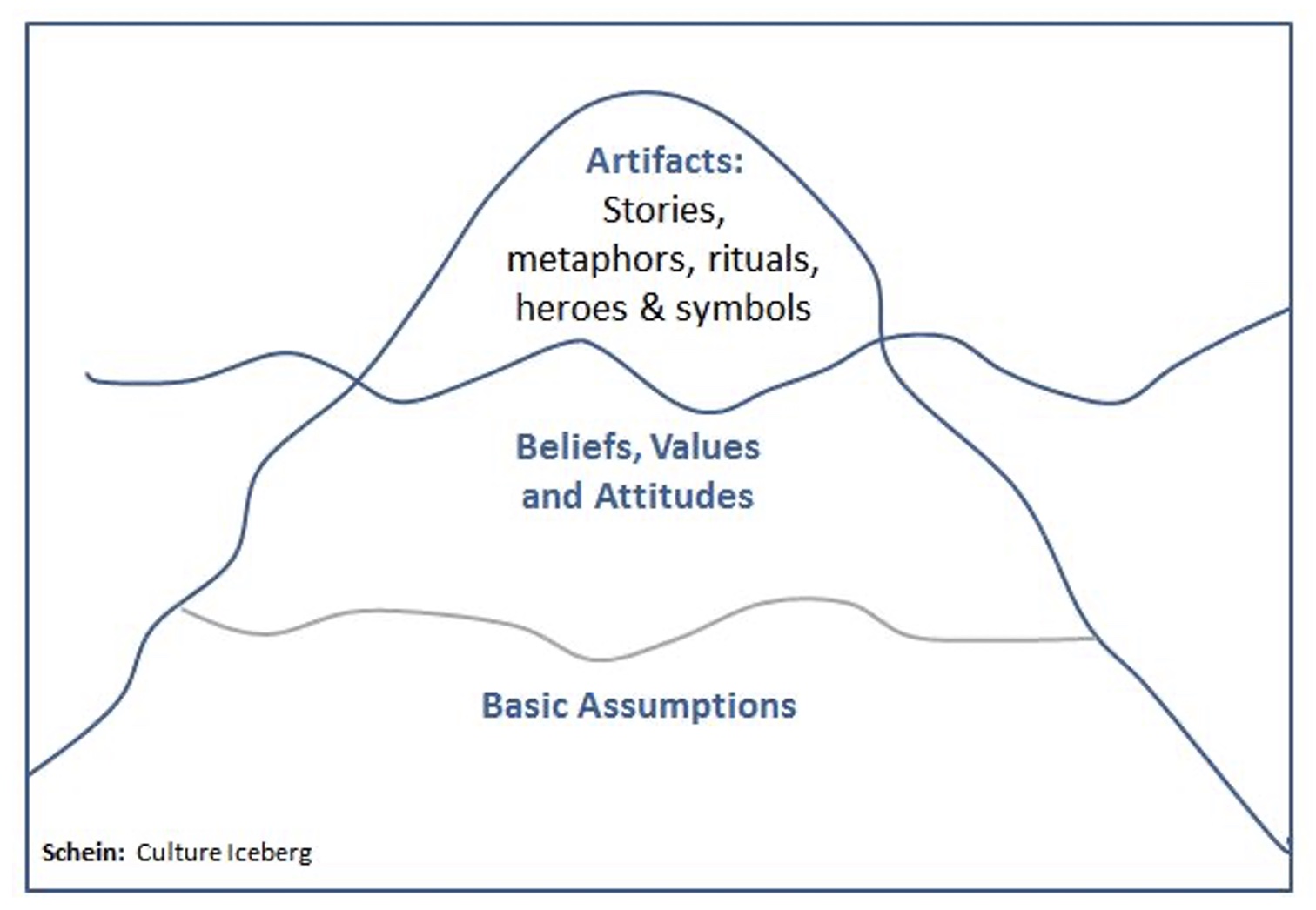 At its most obvious and visible, culture manifests in the behaviours and practices that exist across an organisation. Within a school context this can be the more obvious elements such as school events, policies, calendar of events but also lies in the less formal practices. For example, it could be in the way in which members of the SLT interact with staff. Are they visible around the school? Do they have open door policies in terms of meeting with staff students and parents? How transparent are the school policies?

Beneath this lie the less tangible elements which underpin the observable behaviours. This could include the vision and mission statements of the school. It also includes the assumptions upon which these statements have been made. For example does the school value inclusion, equity and diversity? Is the school selective or non-selective? Does the school exist as a for profit organization or not for profit? These values, and the extent to which they are prioritised will inevitably impact the behaviours which go to make the culture visible to others. In addition, if an organization’s culture is to be managed then, if it is to be embedded, then these elements must be identified and considered if to be successful.

Drucker’s suggestion is that management of organisational culture is more impactful that any strategic interventions. This has certainly been our experience over the last two years. In the second article I will outline how and why the ideas of an author on business practice has been interpreted to work within a school context. 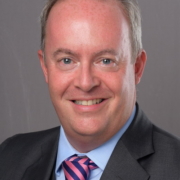 Simon O’Connor is the Director of Deira International School with oversight over both the primary and secondary schools. Simon is also Chief of Education for the the Al Futtaim Education Foundation, working across their portfolio of schools. Simon has over 25 years of experience in education and joined DIS in August of 2020. Prior to this he was Principal of Jumeirah College, an outstanding school in Dubai, since 2013.

Simon is passionate about learning and ensuring all students are challenged in lessons for them to achieve their full potential. He strongly believes that if this is to be achieved students should be happy at school, and therefore the wellbeing of community must be a key focus for all. He is also very interested in school leadership and is currently studying for Doctorate with the University of Buckingham, researching the impact of a focus on organisational culture in international schools.

Prior to moving to the UAE, Simon taught History and Politics for over 20 years in a variety of different school contexts. In his last role in the UK, Simon worked as a school leader in a very successful grammar school in Kent. His role there was curriculum lead and was also responsible for the management of a teaching school and working across an academy chain of schools which he helped to found.

As a student Simon studied for a BA in History and Philosophy at the University of Wales, College of Cardiff where he was a choral scholar at Llandaff Cathedral. He then studied for a PGCE at Trinity College, Cambridge, where he was also a choral scholar. Simon also holds a Master’s Degree in Education Leadership, and a National Professional Qualification for Headship.